Inclusion into what? Rethinking Islam, race and space in Europe

A new special issue in Ethnic and Racial Studies explores how a spatial perspective opens up novel ways to see Islam and Muslims in Europe by focusing on the geographic aspect of religion, discussing sites from Catalonia to Kazan, from halal supermarkets to a Muslim girls’ football team.

Contestations around Islam in Europe often take on specific spatial forms: right-wing groups protest the construction of mosques, legislators restrict the wearing of Islamic face coverings in public buildings, and politicians declare certain geographical areas such as the Parisian banlieues to be the battleground where the future of Europe will be decided.

This shows that the place of Islam in Europe, in both a metaphorical and a material sense, is deeply contested. However, does attention to moral panics around visible Islam in Europe provide us with an adequate understanding of how Muslims move through streets, shops and buildings? How can we understand the complex entanglement of Muslim and non-Muslims in Europe’s built environment, and what does that tell us about the idea of “inclusion”?

The way we identify what counts as “Islamic” or “Muslim”, a person, a place, a building, is deeply shaped by what we think a particular religion should look like. We often think about religious buildings such as mosques, religious dress such as hijab and religion allegedly overstepping the boundaries of its rightful place in the secular political order.

This distribution of attention is prone to neglect forms of being Muslim in Europe that have material effects in other, often unexpected ways. For instance, consider the following picture.

If you look at the picture, what is your first impression? Does it show Muslims in a way they are usually portrayed in media presentations and political debates? Would the term “Muslim” or “Islam” even come to mind, or is this just a mixed crowd of young people posing for a photo?

A closer look at the picture reveals several surprising layers of meaning at the intersection of Islam, space and Europe, which we discuss in detail in the introduction to the special issue I have written with Adela Taleb and Chris Moses, and which builds on ethnographic fieldwork undertaken by Adela Taleb in her doctoral research.

The picture is taken at the Place du Luxembourg in Brussels. It shows an event organised by the team of Magid Magid, then a Member of the European Parliament (MEP) for the Green Party of England and Wales. Magid, who identifies as a “Black Muslim” was born in Somalia and came to Europe as a child refugee. He employed people from diverse backgrounds as his team to work at the heart of the EU’s institutions in a conscious effort to make EU spaces less “white”, to hire people who “would never [have] had the opportunity to work in the European Parliament either because they were from Africa […] or because they wore a headscarf”.[1] The group assembled to mark the UK’s departure from the EU with a playful “farewell party”, to address their disappointment over the rupture. It included a satirical “marriage game”, where British “refugees” who lose their residence status due to Brexit were able to enter into a sham marriage in order to gain an EU passport.

For a short time, the mini-festival transformed the Place du Luxembourg, a symbolic centre of power of EU institutions, into a space where a Muslim politician challenged the nationalist politics and the lack of minority representation at the heart of European power. A one-day event has a very different time horizon than the construction of a mosque. And yet, through this and other images that went viral via Magid’s prolific social media presence, these temporally short events produce images that travel. They become reused, shared and eternalized in the complex labyrinths of virtual places and digital archives.

While much social media fetishizes novelty and hence espouses a presentist bias, these images also appear against the background of the deep time of this history of Islam in Europe. In contrast to the current trend in migration studies that only focuses on the migration waves of the 1960s and 1970s, the perspective of deep time asks what images, discourses and stereotypes have shaped the way in which the connection between Islam and Europe have been seen throughout the last two millennia, from Islamic mathematics, to Al-Andalus, the Ottoman conquests, slavery, European empires, nation-building and military intervention in the twentieth century, to name but a few.

The way Muslims and their actions are perceived need to be understood in light of centuries of exoticizing discourse, meticulously dissected in Edward Said’s seminal book Orientalism. Walking through London, Amsterdam, Brussels and other European capitals reveals the deep imprint that colonial aspirations and atrocities have left on Europe as Adela Taleb shows in her discussion of fabric of “EUrope”. Asking about the relationship between Islam in Europe is therefore not only about questioning the place of Islam, but critically investigating what kind of place “Europe” is. What does it mean that “Islam” has served as Europe’s principal “Other”, for the kind of place or territory it is today, especially if you happen to be European and Muslim? Analysing Islam in Europe through a spatial lens also draws our attention to the selective processes of remembering that follow colonial and racial mechanisms of classification and hierarchization.

This has critical implications for what we understand by “Europe”, but also of what inclusion and exclusion could mean. In a space that celebrates atrocities against Muslim populations in history books, street names and statues remembering heroes of European empires from Morocco to Indonesia, what would it mean for young Muslims to feel included? The criticism voiced against perceiving Muslims primarily through the lens of “integration” has been articulated by some of my interlocutors through the response, “integrate into what”? In the same way, a spatial perspective urges us to ask, “included into what”?

The terminology of inclusion is in itself spatial, it creates an inside and an outside. But what are the criteria for inclusion, and who has participated in creating those? This is not a mere question of a lack of representation, as the political activities of Magid demonstrate. It is also a question of how spaces and communities that are imagined in a way that is culturally and religiously particular, for instance, shaped by Christianity and its imprint on current manifestations of secularism, can accommodate difference.

To begin answering these questions, our special issue suggests, can only be found through careful observations of how people negotiate these spaces and their agency therein. The contributors come from a wide range of academic disciplines and geographic perspectives. Peter McMurray investigates how Shia Ashura processions shape the new soundscapes in the streets of Berlin and Kars. Kathrine von den Bogert investigates the struggles of young Muslim women that challenge the assumptions about who should play football in Dutch public playgrounds, and how the players should look like. Matteo Benussi discusses the emergence of a new halal economy in Russian Tartastan and how they shape the “pietascapes”, taskscapes of pious Muslims.

Mar Griera and Marian Burchardt dissect the bureaucratic hurdles faced by religious groups to stage public events in Barcelona, revealing the racialised and religion-specific interaction orders faced by Muslims in a city that prides itself on its multicultural ethos. Chris Moses digs into the deep history of a central London site where a waqf, an Islamic endowment, is constructed. Ryan Williams allows us insights into the religious-secular and security-related dynamics of a security prison ward in England. Thijl Sunier shows how local charisma and trust in Muslim leaders are crucial in their quest to normalise and institutionalise Muslim life in Dutch cities. My paper discusses how we need to rethink state, space and secularism to understand “local secularisms”, illustrated through the analysis of the failure to construct one of the largest mosques and Islamic centres in Germany. Kim Knott, one of the pioneers of the study of Islam and space, offers insightful reflection on how the special issue addresses key developments in the field and what scholars should now focus on for further study.

Together, the papers sketch how Muslims make space in Europe, shaped by love for their families, passion in their faith, reflexivity of their political judgements or, as most people do, muddling through the complexities of everyday life.

Research on radicalisation, extremism and social exclusion needs to take the nuances offered by a spatial perspective seriously as a matter of analytical exactitude and political urgency. The social and epistemological benefits of this perspective are exciting and will contribute to a debate that can better account for the deep time and complex geographies of religion and politics in Europe. 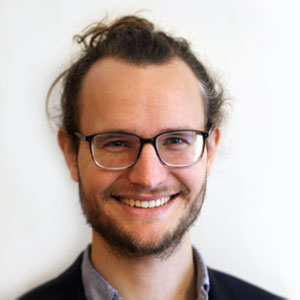 Postdoc Researcher
The opinions expressed here are the author's own and should not be taken to represent the views of the DRIVE project.
Previous blog
England at the Euros: How Racism, not Football, was always ‘Coming Home’
Next blog
When terrorism meets mental health