Media Coverage of Demonstrations Staged by Extreme Movements in Norway

This blog post was co-authored by Christopher Fardan and Katrine Fangen. It was originally published as an op-ed in Medier24, which is Norway’s biggest newspaper for media news, as well as news about journalism, communication, social media, and technology.

On 29 October, members of the Nordic Resistance Movement (NRM) marched in the streets of Oslo. The organisation writes on its webpage that they wish to recreate images from 9th April 1940, when German Nazis marched down Karl Johan, the main street of the city of Oslo. The activists’ speech, held in front of the Storting, contained historical revisionism, a tribute to Quisling, the mentioning of MPs as “traitors of the people” and conspiracy theories about “population replacement” and “orchestrated mass immigration” of people without white skin colour. The participants in the unannounced demonstrations seemed to ignore orders from the police, which therefore decided to arrest them. Among the 35 apprehended activists, only four were Norwegian citizens. Despite the marginal Norwegian mobilisation, the event gained significant attention in the Norwegian media. On their webpage, NRM celebrates having “dominated the news” so much that both the Head of the City Government of Oslo and the Norwegian Prime Minister had to comment.

Extremism can be defined as statements that advocate the undermining or harming of people, attitudes that deviate significantly from liberal democratic principles, respect for universal human rights, and the equal worth of all human beings. Therefore, it is essential to take seriously the threat that extreme organisations represent, but it must be done appropriately. Hence, it is relevant to discuss how editor-controlled media ought to handle their coverage of extreme groups. It is challenging to give an unequivocal answer to what is acceptable and justifiable media coverage when extreme groups stage public demonstrations. There are, nonetheless, some points that deserve reflection.

First, the media must be aware of the political agenda of extreme groups. Extreme groups strive to draw attention through, among other things, provocative rhetoric and controversial forms of collective action. The more sensational, spectacular, and shocking , the higher the probability that it will get attention from the media.

Second, it is necessary to weigh what should be the focus of the news article and how extreme groups are labelled. Journalists should avoid using the same concepts and self-presentation as the organisations themselves deploy on their web pages. It can potentially contribute to legitimising extreme ideologies. As such, journalists are at risk of unknowingly running the errands of extreme actors. To avoid these pitfalls, the media should strive not to make sensational news cases and place the themes in a bigger perspective by, for instance, including the analyses of researchers and other experts. Further, the angle of the news cases plays an important role. For instance, if journalists primarily emphasise – and reproduce images of activists being  put down by the police, this may lead to increased sympathy for members of extreme organisations. Additionally, portraying extreme actors as repressed victims by the state authorities may nurture their claim that their free speech is being threatened. In this context, the media must consider how the angles of the news articles lay the groundwork    for further societal debate. Analyst and politician Shoaib Sultan rightfully argues that the discussions in the aftermath of such events “’should no longer primarily deal with free speech”, but rather about “the fear this creates and what can be done with it”.

Third, the media must illuminate how individuals with minority backgrounds experience demonstrations by extreme movements. This is necessary because minorities are particularly targeted by the hostile messages of extreme groups. It becomes a democratic problem when minorities refuse to participate in politics or the societal debate due to the threats of extreme actors.

Finally, the media can choose to direct attention toward messages of inclusion, cohesion, and respect for all. In this way, the media can stimulate an enlightened public debate characterised by critical thinking and democratic representation.

Image credit: Peter Isotalo / Wikimedia Commons. The photo is from a DNM demonstration in Sweden. 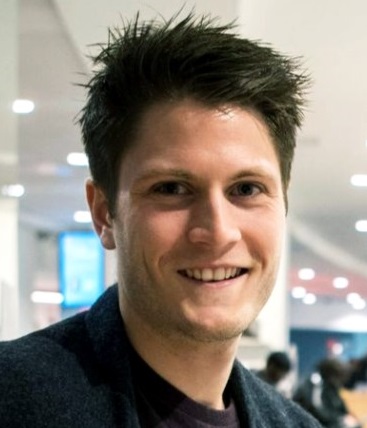 The opinions expressed here are the author's own and should not be taken to represent the views of the DRIVE project.
Previous blog
Women and the Far Right: The Challenge to Gender Equality
Next blog