This third interview in the series of Meet The Team with DRIVE members features Dr. Laura Zahra McDonald, who is a founding director of ConnectFutures, an independent civil society organisation based in the UK, that works with young people, communities and professionals to prevent violence, extremism and exploitation.

"The social, political and personal implications of this subject matter – around extremism, violent extremism, and the concept of radicalisation is extremely sensitive and contested."

Within the DRIVE project, you represent ConnectFutures, an independent civil society organisation based in the UK, that works with young people, communities and professionals to prevent violence, extremism and exploitation. Can you tell us more about your role within the DRIVE and what perspectives you seek to bring to the project?

We are one of two civil society organisations on the DRIVE project, so we bring a different perspective or set of skills and understanding, with a focus on practice and the practical. We are very interested in ways to harness knowledge from research and academia in an applied way, so being part of the DRIVE project is exciting and important to us. So, our involvement works both ways as we are learning new things that will contribute to our own evidence-based practice and learning frameworks. We hope we can bring our experiences of working in the field with young people, communities and practitioners to help contribute to the research and its interpretation, especially helping to contextualise information within social spaces, both on and offline, and contribute to the project outcomes.

Why is it crucial to implement a multifaceted and “whole-of-society approach”, with an emphasis on community partnership with young people when tackling radicalisation?

The social, political and personal implications of this subject matter – around extremism, violent extremism, and the concept of radicalisation is extremely sensitive and contested. Over decades, internationally, we have seen top-down approaches fail, which in many cases have also violated human rights, rendering such attempts both ethically bankrupt and usually ineffective. This is a double failure and has created long-term exacerbation of the issues, and a highly politicised, hostile backdrop to tackling violent radicalisation. These issues are complex and intersectional and require partnership work to tackle them, within an explicit human rights framework. Co-creating knowledge and practice from the grassroots up, with inclusivity, is crucial to effective, impactful and sustainable work that has the credibility and nuance required. The DRIVE project is taking these issues into account, working across communities within and between the country partners involved, to glean knowledge from a whole spectrum of people and perspectives.

In what ways can we bridge the gap between researchers and practitioners in the P/CVE?

There can be a perception of hostility between academics and practitioners, in which the two elements are pitched as antagonistic, one without thought, the other without action. I would argue that academic and experiential knowledge are two sides of the same coin, required to illuminate, understand, and make a change. By working together as we are in DRIVE, in a collaborative and creative way, we can harness interdisciplinary and multifaceted approaches to tackling the issues at hand. It is fantastic to see CSOs involved more deeply in a large research project but also the diversity of expertise from psychology, public health, sociology, religious studies, politics – a wide and deep range of methods and traditions which enable both theory and practice to gain in ways far deeper than sticking to traditional boundaries and limitations. I am also excited that the end results of the research will be able to inform practice, that is working both ways from start to end.

Your research work related to P/CVE significantly focuses on the gender dimension. Why do you think it is important to bring gender perspective - and a more inclusive approach in general - to enhance our understanding of radicalisation and violent extremism?

Beyond the obvious ethical problem, the exclusion of any group in the understanding of an issue is creating a vacuum or a blind spot. This is especially true for the subject of violence and extremism which has traditionally been mired by problematic approaches to gender, both by violent extremist groups and individuals operating and perpetuating negative gendered frameworks (often misogyny), but also by those of us studying, interpreting and practicing in the arena. The ‘boys with guns’ imagery and interest in a certain perception of masculinity and violence have limited our understanding of gender dynamics in the creation of extremist violence and its prevention. Research has revealed some of the ways intersections of gender and violence operate, for example, the relationship between domestic violence and terrorist violence by perpetrators, and also our wider social contexts in which gender dynamics - cross-culturally - shape the landscape and heighten the likelihood of violence and reduced chances of preventing it. Gender is an absolutely central intersection in understanding the issues at hand, and tackling them effectively, alongside many other factors - social, personal, environmental, and political. Even at a very practical level, for example, engaging young people within a school assembly – the way we talk about the issues, the imagery we use, the vulnerabilities we address, must all be fully inclusive, or we are failing the young people in front of us, and indeed the whole of our societies.

Are you curious to learn more about the DRIVE project and its members? Stay tuned for the next interviews! 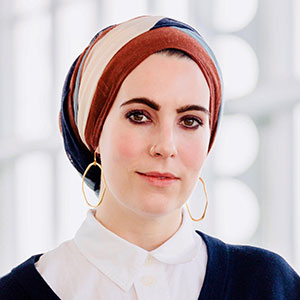 Researcher
The opinions expressed here are the author's own and should not be taken to represent the views of the DRIVE project.
Previous blog
Meet the Team: Dr. Mark Sedgwick
Next blog
How big is the threat of ‘lone-wolf terrorism’ in Britain?