How is a Horizon 2020 project conducted? Who are the professionals working on DRIVE and which perspectives do they bring to the project? In this series of interviews, you will get to meet the team members of DRIVE and learn more about their areas of expertise and the role they play throughout the course of the project.

"Extremism and radicalisation, in my mind, are less about religion and more about politics, economics, and society."

Apart from being the Scientific Coordinator of the DRIVE project, you hold thorough experience and expertise in the field of CT and PVE. What has led you to pursue this path?

I have been looking at issues of violent extremism for two decades. The events of 9/11 spurred me on to try to explore some of these issues in more detail, especially as before this tragic day, several related concerns were going on in the city of Birmingham that made me think twice about what was happening to young Muslims concerning identity, ideas of belonging, and issues to do with the violence that was being forged into a heady mix with significant implications.

I know several colleagues who had got into this field because of some direct and indirect experience related to extremism and radicalisation, whether it was a close friend who was routinely subjected to harassment by the police or somebody they knew at school who found themselves implicated in some plot later in life. People like me, who are born in a country different to that of our parents, are habitually challenged by questions of identity and belonging. Some of us can reconcile these issues while others can see it transformed into something far more problematic.

Extremism and radicalisation, in my mind, are less about religion and more about politics, economics, and society. Having spent many years before the events of 9/11 exploring race relations, the understandings I was able to figure out in terms of minority experiences and the implications this had for a sense of engagement and participation is no different from some of the genuine existential problems that young people face when trying to work out their paths in life per se. But a lot of this analysis is a million miles away from the programmatic approach taken by state-centric-led initiatives concerning countering violent extremism that continues to deemphasise the bottom-up, community-oriented issues related to extremism, which are more about social exclusion than anything else.

What, according to you, makes DRIVE special?

The Drive project is a unique opportunity to bring together social scientists and public mental health experts  for the first time to explore some of the most challenging concerns facing societies in northwest Europe today. We understand that there is much that has already been written and expressed concerning questions of extremism, with a lot of it being polemical and often without any empirical support. Ours is a systematic attempt to try to enhance our understanding of radicalisation through exploring the wider issues of social exclusion in northwest Europe in a way that could not have been possible until recently.

Until recently, the far-right, alt-right and incels were not on the radar of policymakers. With a range of counter-competing and in some cases reciprocal radicalisation becoming the norm, the Drive project uniquely allows the project team to explore the synergies between diverse kinds of radicalisation based on an understanding of local area experiences. In this regard, we are interested in identity politics, intergenerational change, the idea of space and belonging associated with it, and the complex generalisable relationship between the extremism put forward by elements of the far right and the extremism put forward by elements of Jihadis because both sets of outcomes are not independent of the same social structural factors. Both sets of groups are looking for something beyond their own experience to buy in to, to believe in, and to support. In some cases, by whatever means necessary.

What are the most acute challenges the youth is facing today that might drive some vulnerable and marginalised individuals to radicalisation?

Having looked at this question for the last twenty years, the most important point is the issue of belonging. Unless young people have a sense of belonging, they do not have a sense of purpose. By not having a sense of purpose, they are easily distracted and persuaded, especially if they are young and impressionable. And then they face issues of being stuck in an echo chamber of negativity that becomes an added risk factor.

It is from these situations that we find the young people making the analytical and conceptual leap from holding frustrated grievances to enacting solutions to their problems through violence. While society considers their acts of violence as the problem, for the young people implicated, their actions are the solution. What compounds a lot of this is the unidirectional thinking on the part of states and supranational bodies which adhere to a top-down agenda based on the idea that the problem is inherited within a particular faith and the ideal would be to get to a vulnerable individual before radicalisation is operationalised from within.

All this does is enhance and legitimise Islamophobia, in the case of Islamist groups, but it also takes attention away from the genuine everyday realities that face so many people who end up with violent extremism as their solution. The need to understanding the social exclusion dynamic in radicalisation studies is to build solutions that are about looking at society, and not distinguishing these radicals as somehow separate us from the rest of us. They are remarkably like the rest of us but different enough to warrant paying further attention to their particular needs and wants.

In your recent book Countering Violent Extremism (2021), you provide a detailed critique of the concept of countering violent Islamist extremism, which according to you, is largely focused on ideology. What implications and/or unintended outcomes does this have on the marginalized Muslim communities and the wider society?

The main critique I have of the current counter violent extremism paradigm is that it reproduces Islamophobia. All the tension among groups and individuals that somehow have gone wrong are seen as being due to some internal issues that are unresolvable and that these can be defined as being a result of interpretations of religion and practice. From all of the extensive research, practice and practitioner-oriented experiences, we realise that radicalisation is often an outcome based on everyday social processes.

In parts of the global south, we have instances of not just underdevelopment, inequity, and tribalism but also corruption, cronyism, and militarism and in some cases people who end up being radicalised because it is a form of employment. The far right targets unemployed and impressionable young men and offers them employment opportunities. Many who went from various parts of North Africa to what was the Islamic State did so because they were being offered paid employment, something that was difficult to sustain in places like Tunisia especially, after the events of the Arab Spring.

Overall, we need to take attention away from the fact that radicalisation is akin to someone’s faith somehow going wrong and see it more in the round. Rather, that radicalisation is a concept which aims to elaborate on what tips individuals from various stages of being radicalised and that these are much more about wider societal experiences rather than the more wicked end of the problem that policymakers tend to fixate on due to the urgency of what is seen as the problem and the need to provide solutions in quick response.

Are you curious to learn more about the DRIVE project and its members? Stay tuned for the next interviews! 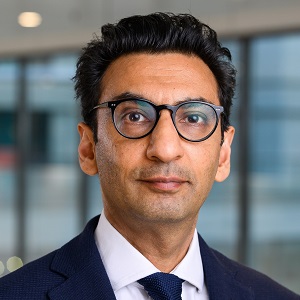