One of the prevailing questions in the field of extremism and radicalisation is the role of religious beliefs[1] in the mobilisation towards violence. How are religious ideas and violence connected? And, are religious ideas more prone to inspiring violence compared to other ideologies? Generally, scholars agree that religious beliefs can impact mobilisation processes, but that ideas alone are not sufficient to explain violence. Disagreement lies in the weight of religious ideas in relation to other motivational and contextual factors. As a scholar of the Middle East, I would like to contribute to the debate by adding reflections from the Lebanese civil war context. However, rather than asking if belief matters, I ask how it matters and why and when. In this blog, I highlight three points that I believe have received scarce attention in the literature. First, we need to give more thought to the bidirectional relationship between religious ideas and violence; second, we need to balance top-down with bottom-up perspectives on the instrumentalisation of religious ideas; and third, more fieldwork is required to assess the role of belief in the experiences of the people we research.

To find out how religion and violence relate to each other, I spent a year in Lebanon, the site of one of the most protracted and ferocious so-called ‘sectarian’ conflicts of the twentieth century. One of the 63 militants I talked to was Jocelyne, a former militant affiliated with the right-wing, Christian-majority Kataeb party. During a meeting in her restaurant, run by her former comrades, I asked her if she was religious before the war. She seemed somewhat confused by the question. “Not too much. Normal. Like any Christian”, Jocelyne commented. “Our parents used to force us to go to church. But something happened during the war”. During one particular battle, she shared, “God came to me”. Against all odds, she and her fellow fighters, who now work in her restaurant, not only survived but prevailed. Jocelyne discovered God “on the killing fields”. The divine encounter initiated an internal transformation, in which violent engagements were reimagined in religious frameworks of meaning and direction. “I saw myself in military dress, saluting Bibles”.

“I discovered God on the killing fields”

Jocelyne was not the only militant to find religion in a violent encounter. In a range of personal recollections, Jocelyne’s account was echoed in the interviews of many of my interlocutors, both religious and non-religious. All of them found their way to scriptures and manifestos in search of protection and meaning. As the conflict drew on, the incorporation of belief not only became more common, it became expressed in ever more dogmatic formulations.

Although the influence of religious beliefs on radicalisation leading to violence is often disputed, the impact of violence on the radicalisation of religious ideas receives much less attention. Nonetheless, this dynamic has an obvious component. Being part of a conflict may come with great prices, such as the dread of dying, the willingness to kill, or the pain of defeat. Existential worries, according to Jenny Edkins,  must be ‘tamed’ in order to maintain the apparent order of self and society. Religious concepts, as well as other intellectual frameworks, as reported by Harald Wydra and Ziya Meral, may provide crucial stages in establishing a feeling of security, comfort, and harmony. Beliefs, both religious and non-religious, may serve as bulwarks against the dread of meaninglessness. In the subject of extremism and radicalisation, the bi-directional link between religious concepts and violence is still understudied.

Another imbalance can be found in conceptualisations of the instrumentalisation of religion. Religion is typically portrayed as a tool, both used and abused, by militia leaders to serve personal interests. Less attention is given to the fact that religion can also be instrumentalised by militants. Militants are not only followers, they engage with the world on their own terms. One prevalent example relates to the Druze experience during the Lebanese civil war. Full knowledge of the Druze faith, influenced by Twelver Islam and Gnosticism, is traditionally preserved for ‘initiated’ members. Amira, who I interviewed on a hot summer day in the centre of Beirut, recalls how the war propelled ‘uninitiated’ militants to engage with Druze texts and beliefs. Militants started discussing theological dilemmas and sacred texts that they were not allowed to engage with before. “The whole society became more religious”, Amira recounts. “If you just go for coffee, you will now also discuss religion”.

Experiencing high levels of existential anxiety, several uninitiated members started to read, discuss, and share religious texts. Despite opposition from ‘above’, the people ‘below’ demanded the popularisation of their faith. They expressed the desire for an ideational anchor. This dynamic is not particular to militias that adhere to religious ideas. For example, Ziad, a former Lebanese Communist Party militant who I interviewed several times, explains: “No one is ready to die for something he does not believe in. For free. He thinks a lot. He thinks what he is doing is a holy issue. Even if he is not a believer”. Ziad learned the Communist Manifesto by heart, which aided in navigating his life on the front lines. Too much of the extremism and radicalisation literature ignores the agentic powers, rational choices and emotive engagements of the people that make up militant movements.

“This is our story, and you should try to be a judge, a fair judge”

This brings me to a last but interrelated point. The vast majority of data on radicalisation and violent extremism is derived from secondary data sources, with primary data sources being scarce. While secondary perspectives can lay bare important trends in extremism and radicalisation; only primary sources, micro-perspectives in particular, can deepen understandings of the personal mobilisation towards violence.

By listening, I learned that militants’ stories do not necessarily align with the macro and meso rationales that have come to form the basis of mainstream understandings on ‘religious violence’. The emotive discernments of life histories lay bare a more delicate plane of being in which religion can transform senses of belonging, meaning, and motivation. Religion can play an important (though not exclusive) role in coping with high-risk environments.

During my year-long fieldwork, I was struck by militants’ eagerness to share their life stories. Some felt misunderstood on a personal level. Others felt religious dynamics were misrepresented on a societal level. A plane hijacker told me, “I felt it was such a shame that they [the West] could only see it as a terrorist act but not the reasons behind these actions. This is our story, and you should try to be a judge, a fair judge”. Without justifying violent acts, I tried to understand his and others’ motivations. For militants to share anything beyond clichés, disclosing the most painful and sometimes shameful parts of themselves, researchers need to spend extensive time in the field. They need to build relations based on trust. And, they need empathy. Not to justify, but to understand. Within academia, we need to develop more engaging ways of researching extremism and radicalisation that stretch beyond definitional quests and emphasise the experience of religion as articulated and contextualised by the actors that are engaged in violence. After all, both religion and violence are local expressions that are experienced through interpersonal interactions.

Moving forward in the field

Alongside the intricacies of how, why, and when religious ideas matter in the mobilisation towards violence, there are a few more caveats worth pointing out. First, it is my conviction that religious and secular beliefs can have the same effect on the mobilisation towards violence. It is important to refrain from treating religion as a static, one-dimensional or one-directional factor. Instead, we need to invest more time and effort in comparing religious dynamics to their non-religious counterparts, incorporating their complexities and interrelationships. Additionally, we need to be more specific about the impact of belief, delving into the whys, hows, and when, rather than the ifs. Second, beliefs always need to be contextualised. Although religious beliefs should not be presented as a “veneer that masks underlying grievances of economic, political or personal nature”, neither should they be disconnected from their environment. After all, all beliefs - religious or non-religious - are expressed within a setting of time and space. Third, I would welcome more conversations across geographical regions, comparing the role of religious ideas in mobilisation processes. Only through critical and comparative research, will we be able to develop more sophisticated views of the role of religious ideas in violent conflict. 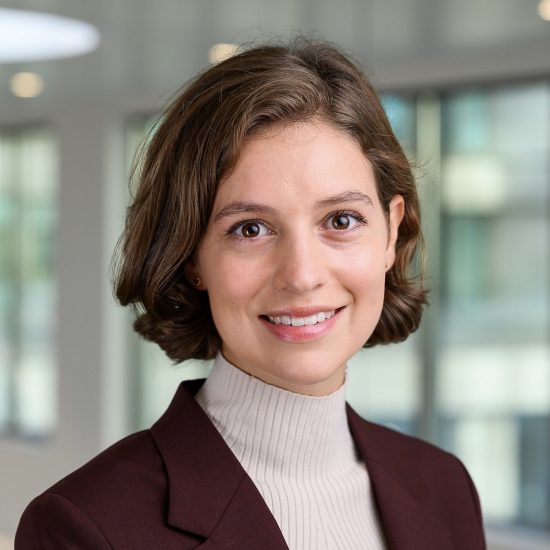 Postdoc Researcher
The opinions expressed here are the author's own and should not be taken to represent the views of the DRIVE project.
Previous blog
How big is the threat of ‘lone-wolf terrorism’ in Britain?
Next blog
No Prevention without Representation: Jihadism and Right Wing Terrorism in EU Prevention Policy