Richard McNeil-Willson is a postdoctoral researcher in the field of terrorism and political violence at the Institute of Security and Global Affairs (ISGA), Leiden University. He was formerly based at the Robert Schuman Centre for Advanced Studies, European University Institute, Florence (Italy), as a Max Weber Fellow (2021–2022) and Research Associate (2019–2021) and holds a PhD from the Institute of Arab and Islamic Studies, University of Exeter (UK). His work critically analyses the interplay between groups labelled "extremist" and counter-extremism legislation and the tensions between counterterrorism, human rights, and state violence in Europe. As well as working on the European Commission H2020-funded DRIVE project, Richard has also been Main Researcher for the H2020-funded Building Resilience against Violent Extremism and Polarisation (BRaVE) project, and Project Co-instigator for the Erasmus+ project Counterterrorism and Safeguarding in response to Islamic State (CASIS). He has also conducted research for the European Commission on several project-based collaborations between EU Member States. He holds a PhD from the University of Exeter (UK), funded by the Economic and Social Research Council (2019), additional degrees from the universities of Edinburgh, Durham, and Exeter (UK), and visiting fellowships from the universities of Aarhus (Denmark) and Scuola Normale Superiore (Italy). 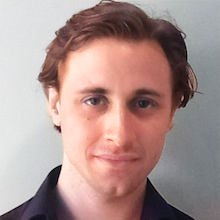 ‘Counter-Terrorism and the Repression of Islamic Activism: Hizb ut-Tahrir in Britain and Denmark.’ Journal of Contemporary European Studies  (2021): 1-16.

‘Resilience against Counterterrorism? The Repression and Response of Crimean Muslim Activism against Russian Counterterrorism and Counter-Extremism.’ Intersections 7, no. 4 (2021): 154-73.

‘Framing in Times of Crisis: Responses to Covid-19 Amongst Far Right Movements and Organisations.’ International Centre for Counter-Terrrorism - the Hague  (25 June 2020).