The DRIVE launch event on the challenges of researching extremism today: vital impressions

Hannah Bieber and Lily Sannikova, both interns for the Drive project, reflect on key insights

What are the key challenges in researching extremism? How can we better understand the increasing importance of social media? What possible explanations could we find to understand why most perpetrators of violent extremism are men? These are just some of the questions the panellists engaged with during the first online DRIVE workshop.

The DRIVE launch event, a workshop on ‘The Challenges of Researching Extremism Today’ that took place on 22 June 2021 addressed these and other urgent questions in the study of extremism. 130-plus participants tuned in to attend an online panel discussion in which Tahir Abbas, Cathrine Thorleifsson,  Joel Busher, Jennifer Philippa Eggert, and Chris Allen discussed their own experiences and answered critical inquiries from the audience, moderated by Anouk de Koning. Beyond debating the difficulties encountered by academics when researching this field, the speakers also drew crucial conclusions and implications for the DRIVE project.

Cathrine Thorleifsson (University of Oslo) opened the floor by stressing the importance of looking at online spaces, such as forums, gaming platforms and social media when trying to understand radicalisation processes. These spaces create an enabling environment for the virtual community to engage in political mobilisation, prompting young individuals to lean towards extremist patterns. The emotional dimension of online radicalisation also needs to be addressed, as offline grievances seem to translate into the online sphere.

There is, in fact, a gap in our understanding of how the online and offline spheres intertwine when it comes to radicalisation processes. DRIVE will attempt to bridge this gap by investigating both spaces.

“Often we only have discourse analyses of far-right discourses online, but we also need to look at the embodied and affective dimensions of online spaces.”

Research on political violence should be more gender-inclusive

Jennifer Philippa Eggert (University of Warwick) highlighted the key role of gender in research on political violence and violent extremism. Integrating a gender perspective is pivotal in two ways: first, the research should address how extremist groups instrumentalise gender; second, gender equality should become more integrated into the field of political violence.

“Sometimes when the researchers want to focus on gender, they end up only looking at women, which is simply not good enough as we cannot understand women alone without looking at men.”

Joel Busher (Coventry University) and Chris Allen (University of Leicester) both underlined the challenges of researching extremist groups. Busher addressed the difficulty of integrating these groups and the behaviour the researcher must sometimes adopt in order to get access to data. Allen then added that research on specific groups could lead to their stigmatisation by the public but also to a rejection of the researcher’s work by these very groups. The more a researcher’s work is published and known, the more defiant respondents can be, which can make participant observation an arduous task.

Both speakers mentioned the personal risks that the researchers are exposed to when doing participant observation: they can be perceived as biased, or suffer from online harassment. Nevertheless, they also reminded the audience that there are safe ways of conducting participant observation in extremist groups - for instance by researching emerging groups rather than well-established ones. Despite the risks, this method is of great epistemological importance, as it enables researchers to capture the affective and emotional dimensions of extremism. As DRIVE will resort to participant observation and interviews, a clear ethical framework has been established in order to protect the respondents, communities, and researchers.

The position of the researcher needs to be reflected upon

For Joel Busher, a self-reflection on the researcher’s position when researching extremism is necessary. Researchers indeed hold responsibilities towards the participants, communities, and wider society. Chris Allen briefly stressed that researchers do not only face risks when conducting fieldwork, but also when their research gains attention through the media, social media, or university websites.

All panellists acknowledged the need for self-reflection and self-criticism when researching the field of political violence and extremism, both on an individual and structural level. Finally, Busher pointed out how uncomfortable one may feel when confronted with extremist comments and the difficulty to balance the need for gathering data and this discomfort. This affective and moral dimension of researching such a sensitive field also needs to be accounted for.

“There is a responsibility towards wider society: how do we give importance to what we’re doing without actually inflating narratives of risks and potentially driving fear and polarization.”

After the panellists’ presentations, the audience was able to interact with them in a Q&A moderated by Anouk de Koning, who animated the discussion by sharing her insights as an anthropologist. For instance, she pointed out the importance of making academia more diverse to prevent stigmatisation of certain groups and interrogated the role race plays in counter-extremism and counter-terrorism research.

Overall, this first online event paved the way for fruitful discussions and worthwhile reflections on the challenges of researching extremism today that will be crucial throughout the DRIVE project. As pointed out by Tahir Abbas, this research will maintain a critical and grounded perspective because it seeks to challenge the dominant understanding on the way we think about radicalisation.

Did you miss our launch event? Rewatch it here! 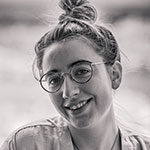 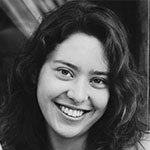 Research intern
The opinions expressed here are the author's own and should not be taken to represent the views of the DRIVE project.
Previous blog
The Third Position on Far Right and Islamist Extremism
Next blog
England at the Euros: How Racism, not Football, was always ‘Coming Home’